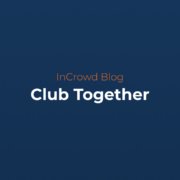 Like many sports fans, I get my news from the BBC or Sky Sports app. This allows me to check the weekend football scores, flick to see who won the Grand Prix and discover stories about sports I don’t even follow. In the same vein, broadcasters are paying huge rights fees so that their paying subscribers have access to multiple sports.

Looking at research conducted by Mintel (see table below) there is clearly a large group of people in the UK who take an interest in several sports. With 29% of consumers watching five or more sports (by any method) over the last year, it would indicate that there is an opportunity for a package ticket that gives consumers a discount for attending multiple events.

Many clubs, particularly in the US, have started to focus on what fans wants by offering half season tickets or exploring other methods such as dynamic ticket pricing to increase attendances and revenue. I think this could be taken further and by working with other local sports clubs there would be an opportunity to increase attendances whilst providing better value for the fan.

Three clubs in Leeds all need to increase the number of fans through the turnstiles (see table). By committing fans to attending two or three games in each sport, clubs would start to benefit from cross marketing to each other’s fans.

Add in a Yorkshire Jets netball match, an evening at the darts and a day at York races and suddenly the annual program for a sports fan is looking fuller and more enticing.

Perhaps this could be sold to fans as a season ticket across sports with an annual financial commitment similar to season tickets or perhaps a similar model to TasteCard could be used.

TasteCard is a membership that gives customers 50% off at selected restaurants from Monday to Thursday (off peak). It has over 4.5 million members in the UK with over 800,000 active users. With an upfront payment of up to £80 a year, it has similar elements to a season ticket but is essentially a discount voucher that works across a variety of restaurants.

Sports fans could pay £25 for a membership that offers discounts for a selected number of matches each year. Two half price tickets for each sport would fill seats that are otherwise empty without clubs needing to drop their prices. Also, don’t forget about the friends they would bring along – on average tickets are purchased in groups of three.

A risk of creating a scheme like this would be that current season ticket holders would downgrade. The “share of wallet” that a club has would be reduced and split amongst rival entertainment properties. This might be the case for some fans but season ticket holders are the most fanatic, most loyal supporters in the world. They are unlikely to reduce their number of home games from 20 to 2.

By providing a low priced entry point, this is a scheme that targets fans who attend two or three sports matches a year. The aim would be to encourage them to attend 5 or 6 matches, bringing 2 or 3 friends with them each time. Ultimately this brings more people to sport and all clubs, especially in less mainstream sports, would benefit.

With 33m seats sitting empty across the four main team sports in the UK, it would be fantastic to see clubs looking at initiatives like this.