You are here: Home1 / Format 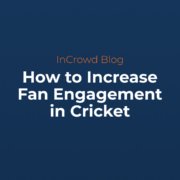 In 2013, the women’s Ashes was restructured to give one winner, taking into account performances across the Test, ODI and T20 formats. It was a huge success with greater national media interest than ever before. I think parts of the men’s game should learn from Clare Connor’s brilliant initiative.

Cricket has a problem – with three different formats it is hard to keep track. I have read a paper on David Kendrix’s ICC ranking system and studied how the County Championship points work. That probably defines me as a cricket nerd but I still have no idea which is the best county or even the best international team!

By combining the three formats into one competition, it would enable fans to understand what is going on throughout the tour.

Firstly, let’s take a typical England tour to India with 4 Tests, 4 ODIs and 4 T20s. I would then allocate:

Work is then needed to make every match matter.

I think tennis does this fantastically well. Each game reaches regular climaxes with big implications for the overall match. The pressure boils over at the end of a set where risks are required and mistakes are costly.

We could do the same with cricket. Each “set” (1 x Test, 1 x ODI, 1 x T20) would take two weeks and could be repeated across the summer, providing broadcasters with regular scheduling:

Each of these matches are important for the set and each set would be vital in the context of the overall series.

That would complete the set before we are back for another scintillating round starting with the test match.

Player selection, rotation and management would become key strategies and talking points over the series. Perhaps, like in limited overs tournaments, the squad size could be restricted forcing players to excel at all formats or be tactically rotated by management. Would Cook be good enough to retain his place in a squad of 15 or would this give a chance to Alex Hales in test cricket?

An initial issue with a proposal like this is that players might find it hard to make constant format adjustments but shouldn’t that be part of the game? This is a proposal for fans not players.

The greatest advantage of this structure is how easy it is for fans to follow. With a consistent narrative built throughout the tour, we would remember key moments and know who the best team is rather than it being broken down by format. This is a big part of the 2013 women’s Ashes success.

When fans find sport easy to follow, it usually has positive implications for broadcasters. That, at least, should give encourage the game’s administrators.