You are here: Home1 / Moneyball 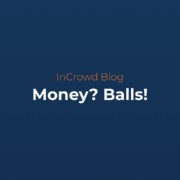 Sports Teams are achieving low income in comparison to their media reach, I look at how that is changing and how teams are going about it.

We often hear about the increased commercialisation of sport – the price of football tickets, media rights fees driven up by pay TV channels and eye watering player salaries. However, a study by Decision Technology, a customer behavioural science company, shows that sports teams fail to generate revenues in line with their high social media indexes.

Sport does have unnaturally high engagement from its customers, in what other industry would customers paint their faces the colour of the brand’s logo? This is particularly evident on social media – of the 20 most tweeted TV airings in 2013, 12 were about sport (Perform and Kantar’s “Know the Fan” 2014 survey).

There are difficulties for sports teams when exporting their product. Apple can open stores anywhere in the world. Tech companies like Facebook and Google are prominent in nearly all connected territories. Manchester United, one of the most globally recognised sports brands has a well-developed licensing programme with many cafes and merchandise stores but these provide very different experiences to a home stadium, of which there can only be one.

So how will we see teams tackle this problem or opportunity?

Media rights continue to increase across world sport, the recent sale of Premier League rights in the UK saw a 70% jump on the previous agreement. Star now pay BCCI over $100m annually, considering the situation 30 years ago when BCCI were having to pay Dordashan (a local broadcaster) to show their matches on TV, this is not bad going. These dramatic increases more recently are a result of rights holders and broadcaster understanding the value of sport for their customers.

Global franchises, led by Manchester United, have started to localise sponsorship agreements – significantly increasing revenue opportunities. The brand strength of teams that have built up their social media index so successfully enables rights to be replicated in any territory with no need to include ticketing, hospitality and branding rights true of more traditional (or outdated!) sponsorships. This is a recent development and one that recognises the value of engaged fans across the world.

I believe that clubs will soon focus more on fan subscription models outside of their home territory. Annual fees in return for “behind the scenes” content, insider news, discounts on merchandise, signed memorabilia etc. Barcelona FC have over 300m fans on their various networks with 222,980 paying members. That is less than 0.1% – there is huge opportunity to grow.

Loyalty and a new class of affiliation

Loyalty platforms have had success all over the world from Nectar Card (19m UK users) to the Starbucks app. Sports teams have uniquely loyal customer bases and I think that the larger teams could secure a new type of affiliation that goes beyond sponsorship.

Working in the same way as a Nectar card, affiliated businesses would reward sports fans for their custom. These points are then redeemed with the club (tickets, merchandise, experiences) and the businesses pays the club a small percentage of the revenue received through the fan.

Schemes like these benefit all those associated with it and the value exchange between the rights holder, fan and affiliated business could allow clubs to take a share of unrelated transactions.

With investment in time and marketing there are plenty more options for clubs to create fan zones, live screenings and subscription models to monetise fans not local to the club. With the strength of a fan’s engagement with their chosen club, I believe the recent rise of sponsorship and media rights is only the beginning of club’s developing a global commercial brand.