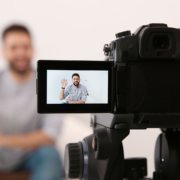 You always felt that Alex Ferguson’s oft used adage that “no one player is bigger than the club” was a wrestling attempt to subvert the rising power of his stars beneath the machinery of his powerhouse team. Seven years after his retirement at Manchester United, it is difficult to imagine a manager feeling they have the leverage to say the same thing with such confidence in front of the television cameras.

The world has changed. This is the age of star power in all walks of life including sport. Celebrity influence conquers all and if sports stars are able to harness their image rights and their brand adequately, their employers are required to pay homage to the new religion. Marcus Rashford’s recent achievement in almost single-handedly forcing the UK ministers to change its policy regarding the extension of free school meals for children during the summer holidays shows that even governments have to follow.

Is there a way that this changing landscape of power could benefit the clubs? Until the Bosman ruling in 1990, even if a European football player was out of contract with a club, the club could have prevented the player from moving on to another for as long as they felt like it. That ruling started the shift towards player power which was accelerated by the money flooding into football, funded by the PayTV revolution.

In 1990, Italy’s Roberto Baggio was the world’s most expensive soccer player having been bought for the equivalent of €11.6 million by Juventus; compare this to the €222 million paid by PSG for Neymar 27 years later. That neatly gives us a twenty-fold increase and the CIES Observatory tells us you would need to pay well over €250m for Mbappe in 2020. The graph below shows UK-only median figures over a 20 year period, showing a nine-fold increase for Pl transfer free (adjusted for inflation), set against UK house prices’ stellar growth for comparison:

On a side note it is interesting, and rather extraordinary, to note that this stellar growth would actually be dwarfed by the growth in salaries in the same time period.

In European sports it is not just the influx of revenues that have driven player prices up. The competition for talent between clubs and leagues means that it is very difficult to get a grip on escalating transfer fees and transfer prices.

Unlike in US sports where governance is centralised and there is relatively little or no international competition for talent, European sports have no governance framework at an international level to enable an effective salary capping system or collective agreement with players. This also extends to the murky world of player agents and transfer fees which further tips the balance away from the clubs.

The age of social media

This escalating financial muscle started the shift in balance between players and clubs that Ferguson was trying to contain. However, what really cemented this shift beyond a doubt was the arrival of social media platforms in the late 00’s and the subsequent effect it had on increasing celebrity and star power. This dwarfs any other factor at the elite level. Sports stars have long been considered as icons and pin-ups (let’s not forget David Beckham pre-dated the social storm) but social media has provided them with a platform to showcase themselves directly to their fans.

Players have become skilled content creators and have amassed huge followings, which in turn drives their personal brand.

This table shows a sample of the social media following of the top teams and athletes alongside stars of entertainment and social media influencers. Of the top ten, six are from sports including Ronaldo, Neymar, Messi, FC Barcelona and Lebron James:

What impact does this have on the clubs?

Plenty. First of all, managerial tenures are getting shorter as the likelihood increases of losing the players’ confidence, and just to complete the volte-face, players can now hold the club to ransom if they feel like it, as Griezmann and Neymar did last Summer. Although Paul Pogba would probably dispute this, clubs have to do as they are told by their stars.

Secondly, as the Deloitte Football Money League 2020 report shows, ‘Generation Z’ fans (aged 16-24) have more of an allegiance to individual players than a club, and their club support is transient.

Finally, it shows in the finances. Another Deloitte report, the Annual Review of Football Finance 2020 highlights that Premier League clubs’ spending on playing talent created a negative swing of almost £600m in 2018/19 compared to 2017/18, with clubs recording an aggregate loss of £165m.

Almost half of the Premier League’s clubs recorded losses for the first time since 2015/16 when the clubs knew they were in for a bumper rise in broadcast values the following season. That will not be so on this occasion. These losses are despite each club receiving a minimum of £100m in distributions each year.

According to an Esportif report, the story in rugby is not too dissimilar with combined Premiership Rugby club revenues of £208m in 2018/19 and a combined operating loss of £36m, despite a salary cap supposedly having been in place. The league has recently announced a reduction in the cap to help the clubs combat the pandemic’s impact on matchday revenues, which represent 24% of the average club’s total income vs 19% in Premier League football.

As a postscript, whilst star power has not been great for the club profits to date, sometimes celebrity transcends normal metrics. The CR7 brand had a quite extraordinary impact on the Juventus share price when Ronaldo signed for the club in July 2018:

So how can clubs harness star power into an asset that benefits their businesses and brands as well as the brands of the individual players? By demonstrating that the whole can be greater than the sum of its parts. As described above, clubs have lost their contractual leverage with players post-Bosman and their financial leverage through competition between leagues and a lack of international governance structures. They need to find an alternative way of re-balancing.

I offer two suggestions for collaborating to grow the value of intellectual property rights for the benefit of all.

Firstly, star power represents an enormous commercial opportunity for clubs if used correctly. The social reach offers clubs a chance to broaden their fanbase and attract new types of supporters that might be more interested in a particular player.

This is both passive and active. The CR7 example above resulted in a fourfold increase in the club’s Instagram followings for the club (passive) but it’s also a question of contractually agreeing the right commercial controls for image rights and commercial obligations to benefit your commercial partners (active). Technology is available to help clubs deliver content to players and improve the content on their channels which is of mutual benefit.

Secondly, clubs should be building the value of their own digital assets by leveraging their own unique IP in the way that the players have done so successfully via social media, and create brands and platforms that prove worthy of the players’ involvement beyond the pitch. At the moment this is a dream rather than a reality for most clubs, but a goal that can be achieved with the right investment. Technology is available to help clubs get to know their existing audiences and grow them by creating content and products that appeal to typically social media savvy generations as well as all those that were born before them.

The venue or stadium is a unique opportunity to deliver great experiences to fans and this is ultimately where players need to perform in order to drive their brands. This is the home of the club as well as the player and that is something to leverage with fans, who will be disenfranchised if you don’t make their experiences memorable and worth sharing with their friends and networks.

Collaborating with players to collectively grow brands is a no-brainer. If Harvard University can develop a lifestyle brand then so can a sports league or team.

Anyone that has spent lockdown relishing Netflix’s “Last Dance” will have seen first hand the power that the stars of the 80’s and 90’s had in propelling the NBA and its clubs beyond the sport itself and into an urban culture phenomenon. Clearly the rise of Michael Jordan from a player to a worldwide icon was made possible via mass media, but the learnings from this period has made the NBA acutely aware of how the personalities within its league can be leveraged via new digital media channels.

Compared to the NFL for example, the NBA benefits from small team sizes that allows for greater player fan interaction, but this is further enhanced by the fact that the NBA does its part to ensure that individual player personalities are never hidden from fans. A report by MVPindex showed the impact of this approach commercially. The NBA and team accounts collectively generated more than $1.1B of value for brand partners in 2019, compared to $343M in brand value attributed to the NFL social ecosystem.

This is not a case of deciding to adopt a new approach or sticking to previous methods. This is an essential development that teams and leagues need to embrace to move forward. There is no reversing star power and its impact on clubs but there is an opportunity to re-balance by harnessing it for the greater good. This requires a change in thinking from clubs alongside investment in technology and content creation that delivers a platform that is deserving of players lending their own brands for the collective benefit of all parties.