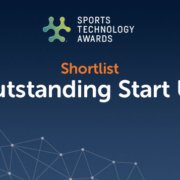 InCrowd are very pleased to announce that we have been shortlisted for the Outstanding Start Up at this year’s Sport Technology Awards. The full official shortlist for the awards can be found here http://www.sportstechnologyawards.com/the-shortlist/

Over 70 sports were represented and submissions were received from 30 countries and we are humbled to be placed in a category in which we face strong competition from Cogran Systems, Cryoaction Cryotherapy, Football Whispers, ForceDecks and Sports Performance Tracking.

This short listing marks a fantastic year for InCrowd in which we grew our football client roster to 12 clubs across the Premier League, the Championship and League 1. We also began working with major governing bodies including ECB, Premiership Rugby and RFL, hereby allowing us to work within a total of four separate sports.

We are crossing our fingers and we are looking forward to the awards on the 4th May.