You are here: Home1 / The English Game

Tag Archive for: The English Game 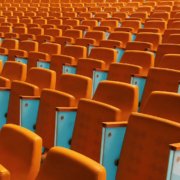 It’s incredible to think that it was only two and a half weeks ago that 86,000 fans were packed inside the MCG watching the Australian Women’s Cricket team celebrate their ICC T20 World Cup title on stage with Katy Perry.

It was a seismic moment in women’s sport. Not only did the Aussie team capture the imagination of a generation of young girls with a sublime performance on International Women’s Day, but it was also the highest crowd figure ever for a women’s cricket match globally. As the sun set at the MCG, COVID-19 was simply something on the horizon. Of course, it looked terrible on the news in China and Italy, but still remained very much on the horizon…

Today, COVID-19 is the reality for every sports organisation around the world. Not even the most cautious sports executive would have forecast such a crisis. As Murray Barnett described on a recent Unofficial Partner Podcast, the sports industry is currently “punch drunk”. A situation in which no sport would be played around the world, and major competitions Euro 2020 and The Olympics would be postponed, is simply unthinkable.

Whilst there are bigger concerns for the world to deal with than the lack of sport, the COVID-19 crisis is of course unique. In other periods of crisis, from recessions to terrorism, sport has often provided comfort for people and generated positivity from the dire reality, and here we are without our usual go-to pick me up in this time of crisis.

So what do we do now?

For those currently at home (which should be everyone, #StayAtHome), the recent Netflix series “The English Game” is a great watch and a fabulous example of the power of sport as an important connective tissue to bind people together, both across and within societies. Without giving any spoilers away, the series dives back to the 1880’s and tells a story of two footballers on opposite sides of the class divide, who forge a bond to help bring the upper-class sport and its joy to the masses, in particular the mill workers of Northern England. It was the birth of modern football and professionalism as we know it, but the series at its core shows the power that sport has, even back in the 1880’s, to distract humans from life’s troubles.

Looking to the future

So as we navigate our way through this increasingly anxious and unknown period, the lack of sport only exacerbates this feeling. For the sports industry, the commercial consequences of media rights, sponsorship, ticketing and hospitality revenues suddenly drying up has sent shivers throughout the entire ecosystem, and will no doubt change the industry and its operating model forever. However, just as COVID-19 was on the horizon at MCG a few weeks ago, so too are the myriad of sports events that are to eventually come.

For any sports fan, the prospect of the European Championships, Olympics, Lions Tour, Ryder Cup, ICC Men’s T20 World Cup and many other events sitting ready to reignite once the virus has passed is beyond exciting. As Southampton CEO Martin Semmens explained, that once it is safe to do so, the return of sport will be a crucial sign that life is ‘returning to normal’.

But for now, as fans rightly stay at home the sports series, archive footage and rightsholder digital platforms become more important than ever in keeping the sports audiences engaged (and sane!) whilst also keeping the commercial ecosystem alive. And when the sun rises, there is no doubt that sport will be welcomed back by the world with open arms, returning bigger and better than ever…

We’ll be keeping in touch and keeping you up-to-date with our “A World Without Sport” blog series. We’ll share as far and wide as we can when new posts go up but keep an eye on our social media channels and our website!